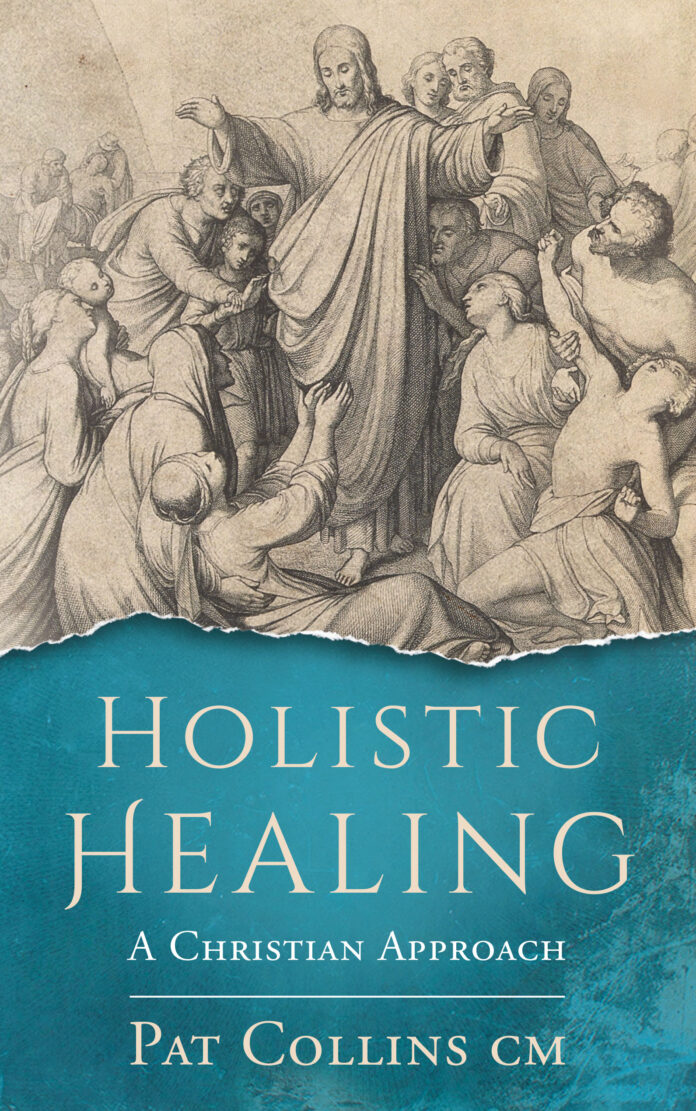 Fr. Pat Collins became somewhat of an overnight sensation after he appeared on The Late Late Show discussing what is often presented as the paranormal, exorcism, which is discussed in his earlier book Freedom from Evil. The reality from a sensory perspective of the observer can be much more mundane than what is presented in films such as The Omen, but it is not easy to get past the perception the Hollywood film-based possession.

In his newest book, Holistic Healing: A Christian Approach, Fr. Pat once again engages in a subject often misunderstood and dramatized as a spectacle akin to the mass gatherings in the US where preachers and gospel singers are raising the roof as people are dramatically healed.

From this perspective, the book disappoints, because Fr Collins takes what is almost an excessively humble approach to his subject, not quite downplaying, but certainly avoiding any sense of the dramatic in discussing healing from a Christian perspective. At the same time, given the number of healings that Fr Pat is able to discuss, it is surprising that he has not gained celebrity status.

The book provides a genuinely interesting scriptural journey through healing while not omitting to discuss the practical steps involved. For many, the idea of healing, and charisms, may seem something affected, but Fr. Pat removes that perception with a very grounded discussion of what it is, what it involves and an interesting history of how it came to be partially side-lined as the Church became more structured in the early centuries.

If for nothing else, the book is worth a read to better understand the faith itself, but also for the frequent biographical insights into the life of Fr. Pat as he explored his own vocation for healing and his own personal challenges, to arrive where he is today.