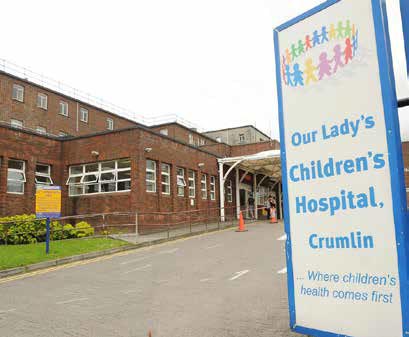 An interesting report has come into the public domain, titled ‘Only Adults? Good Practices in Legal Gender Recognition for Youth’. The document was produced by Dentons (the largest legal firm in the world), Thomas Reuters Foundation (a large philanthropy) and the International Lesbian, Gay, Bisexual, Transgender, Queer and Intersex (LGBTQI) Youth & Student Organisation (IGLYO) (a network of “96 national and local lesbian, gay, bisexual, transgender, queer and intersex youth and student organisations across the Council of Europe region”).

The document looks at the lessons learned across eight countries on how to get the law changed to accept gender change theory and undermine the roles and responsibilities of parents. James Kirkup in The Spectator analyses the report and pulls out some of the lessons learned, most of which involved, avoiding media and public scrutiny, and working behind closed doors, under a veil of secrecy:

Another tactic of avoiding the public is to “Tie your campaign to more popular reform” and Ireland proved one of the convenient test cases for this theory:

“In Ireland, Denmark and Norway, changes to the law on legal gender recognition were put through at the same time as other more popular reforms such as marriage equality legislation. This provided a veil of protection, particularly in Ireland, where marriage equality was strongly supported, but gender identity remained a more difficult issue to win public support for.”

The report recommends to avoid doing what is normally done in a democratic society (engage in robust civic debate) but to hide away and try to sneak legislative change. For many out there, this may help explain why it feels like all this gender rules and politically correct speak has arrived in your face so quickly and with so much authority. You had not heard anything of it two years ago and now there are new rules, even new laws, new ways that you are not allowed speak, activists telling you that there is no such thing as male and female, children learning this in school, girls having to share toilets and showers with boys. And along with this, someone can now change their sex from male to female, or vice versa, just by filling a form.

Now you know how it came about. No one told you. People with money and influence were able to discuss behind closed doors with politicians on issues that affect your children, with the intent of overcoming parental rights. The report says “It is recognised that the requirement for parental consent or the consent of a legal guardian can be restrictive and problematic for minors.” This type of law-making breaks the trust between the lawmakers and citizens. No longer can there be trust when secretive lobbying and intentional duplicity is considered the norm.

Following this report, Jennifer Bilek, in The 11th Hour, delves deeper: “What we can see in this trajectory is a clear money trail from the pharmaceutical lobby to the construction of a legal lie that supports, newly constructed medical identities that override biology.” She identifies foundations connected to huge biomedical groups in the US that fund the various lobby groups that lead to this report and to changing laws in Ireland. If you follow the money it is easy to understand why a medical behemoth would be interested in ensuring laws are in place that allow it to sell its drugs and practices used in these practices.

It is little wonder that the Irish Independent reported on 3rd of February that “a number of doctors have claimed a service under which adolescents with gender dysphoria can be given puberty-suppressing hormone blockers is ‘unsafe’ and must be immediately stopped, but their concerns were suppressed.”

The service, provided in Ireland by flying in two clinicians from an NHS trust in London to run clinics at Crumlin Children’s Hospital, was considered unsafe by three doctors working in the gender area who expressed grave concerns over the service provided by the Tavistock and Portman NHS Foundation Trust at Crumlin, the Irish Independent learned.

It also learned that requests treatment be terminated were omitted from draft minutes of meetings, and that proper documentation of diagnoses were not kept and no clear decision documented regarding starting treatment.

This came only days after it emerged a lawsuit was being taken by a former nurse, a parent, and a former patient against the trust in the London High Court. The action is challenging the clinic’s practice of prescribing hormone blockers and cross-sex hormones to children under the age of 18. More widely documented, but still kept relatively quiet, is the resignation of psychologists in the UK who are disturbed by the ‘over-diagnosis’ of gender dysphoria.

Connected all the issues above, it would not be hard to draw a line between the ‘over-diagnosis’ and the profit to be made in biomedicine, with the collateral damage, the young lives and families that are being trampled over.