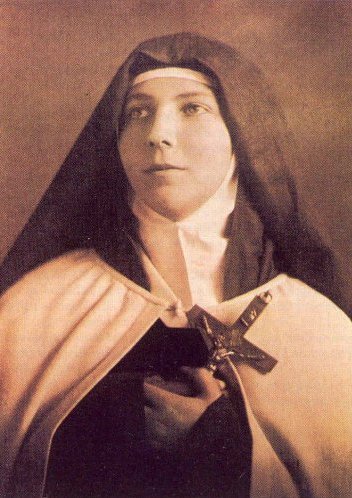 In this season of Irish State centenary  commemorations – many of them proving to be quite contentious – spare a thought for the Catholics of Chile. They must let the centenary feastday of their teenage Saint Teresa of Los Andes fade into the shade of the Easter Sunday commemoration of the Resurrection of Him to Whom she dedicated her so short life.

Born Juana Fernández Solar to loving, unassuming, but well-off parents in Santiago, in 1900, this lively, athletic – and sometimes abrasive – young woman was well educated in the sciences, music and the arts. In her mid-teens, Juana had a turn of bad health and experienced a ‘calling’ which caused her to take a vow of chastity and to begin teaching the Catechism to deprived children.

She was inspired to learn more about the life of 16th century Saint Teresa of Ávila, founder of the Discalced Carmelites. (Being ‘discalced’ means to go without shoes – or just wear sandals.) The Order, whose co-founder was Saint John of the Cross, was inspired by the setting up of a commune at Mount Carmel in the Holy Land of the 13th century with special dedication the the Blessed Virgin Mary. The Carmelites are an enclosed, contemplative Order. To participate at a Mass in such a place as the Order’s chapel at Knock, County Mayo, is just short of heaven on earth.

Juana followed up on her interest in the Discalced Carmelites through studying the lives of 19th century Saint Therése of Lisieux and 19th/20th century Saint Elisabeth of the Trinity – born in Centre-Val de Loire, France. With the latter, Juana would have shared a knowledge of music and bringing religious education to deprived children. (No doubt, both would have come across the magnificent music of 18th century Georg Friedrich Handel whose wonderful composition, Messiah, was first performed at  the New Music Hall, Fishamble Street, Dublin on April 13th, 1742 – another anniversary for this month, as well as Handel’s death on April 14th 1759).

Some short time after a fit of pique over a candle, Juana decided to become a postulant at the nearest Discalced Carmelite convent on May 7th, 1919 and took the name Teresa of Jesus on being professed. She eventually overcame her tempermental nature. She had gone through periods of doubt and sadness in her life – as had Saint Elisabeth – but they both transcended these difficulties through their faith in Jesus Christ. Teresa had been happy to swop her possible life of reasonable luxury with her family for a convent which, at the time, had neither running water nor electricity.

Teresa contracted typhus in 1920 and died on April 12th of that year, only 20 years of age. She was beatified on April 3rd, 1987 by His Holiness, Pope John Paul II. at a ceremony in O’Higgins Park, Santiago. Sainthood finally came to her at St. Peter’s Square, Vatican City on March 21st, 1993.

The standard portrait of Saint Teresa is of her holding a crucifix to her breast. The Discalced Carmelite Community will celebrate her feastday on July 13th – the 120th anniversary of her birth.