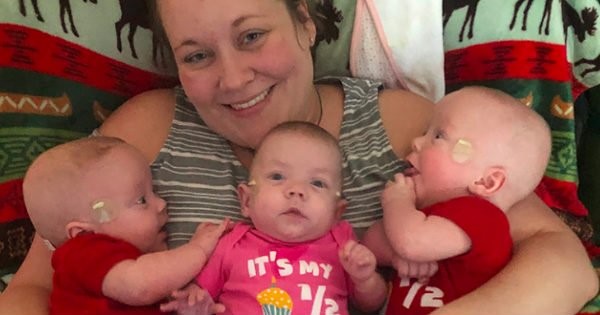 ‘My body, my choice’ and the coronavirus

Writing for LifeSite News, Jonathon Van Maren, from the United States raises a very pertinent issue in an age of the tyranny of bodily autonomy when it comes to abortion while many in the same camp dismiss the argument when it comes to the coronavirus issue.

The argument usually goes that because of the unborn child’s dependence on the mother, and that carrying the child unwillingly infringes the right to bodily autonomy, then the mother – and only the mother –  should have the right to choose whether to do so or not.

Right now, all of society is being asked to place restriction on bodily autonomy – by the wearing of facemasks, restricting personal movements and maintaining social distancing, with the primary aim of protecting others who are vulnerable to the virus from becoming infected .

“Regardless of your political opinion on the lockdowns, mandatory masks, and business shutdowns, these actions highlight a principle utterly at odds with the fundamental arguments put forward by the abortion ‘rights’ movement: That our society should be ready to make tremendous sacrifices on behalf of the weaker and more vulnerable in order to ensure that they remain healthy and stay alive.”

Continuing, he notes the about-turn that has come about in this discussion, one that ultimately buttresses the argument of the pro-life lobby.  “Suddenly, “my body, my choice” is being characterized as a selfish argument only utilized by people who care nothing for the vulnerable in society. Suddenly “bodily autonomy” is a cheap excuse to live as you please while others suffer so that you can exercise your freedom while you neglect your responsibilities to those around you. Suddenly, no price is too high to save the lives of those who cannot save themselves. Financial considerations, restrictions on bodily autonomy, personal liberty—all must be sacrificed to protect the weak.

Triplets born at 22 and 23 weeks thriving

LiveAction.org reports on the incredible story of Cian, Declan, and Rowan DeShane, who were born extremely premature with a small chance of survival. They were also born in two different years.

“When my water broke, I burst into tears because I didn’t think they could survive being born so early,” their mother Kaylie explained. “All of the decisions our care team made saved all of my babies.”

Cian was born first on December 28, 2019, at just 22 weeks and six days. He is one of the youngest babies ever born at the University of Vermont Medical Center and he weighed just 1.08 pounds. Five days later, on January 2, 2020, Declan was born weighing 1.47 pounds and Rowan followed shortly after at 1.08 pounds.

According to UVM’s website, it had only been in the last year that the hospital even began attempting to resuscitate and treat babies born at 23 weeks or less. But as more premature babies prove they are capable of surviving — even when born at 21 weeks — more hospitals and doctors are stepping up to help them. As the team prepared for the arrival of the triplets, Hannah Jackman, RN, was ready and eager to help.

“It seemed like there were dozens of healthcare workers in the delivery room, all in yellow gowns, awaiting three tiny triplets,” she said. “I was one of them, and I remember my heart feeling like it was leaving my chest as I watched Cian’s parents sob and pray. I wanted a miracle for this family so badly.”

On August 11, 2020 the US mission to Geneva sent a strongly worded response to UN entities claiming to work on discrimation against women and girls and violence against women. They call the UN’s suggestion that alleged ‘undue restriction to accessing abortion under Covid-19’ as bizarre and inexplicable. It followed:

“As United Nations human rights mandate holders, you are undoubtedly aware that international human rights law does not recognize any “right to abortion.” The United States is disappointed by and categorically rejects this transparent attempt to take advantage of the COVID-19 pandemic to assert the existence of such a right. This is a perversion of the human rights system and the founding principles of the United Nations.

And this is not just our opinion…

We are particularly disappointed that you have chosen to waste the limited time and resources of your mandates on such spurious allegations, rather than focusing your energies on areas where your attention is most appropriate and warranted. For instance, the Chinese Communist Party is currently directing the use of forced abortion, forced sterilization and forced birth control in Xinjiang. These are actual human rights abuses …