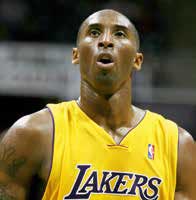 Athletes the world over paid tribute to Kobe Bryant who perished in a helicopter crash on January 26th, aged 41.

The most famous name in American basketball when he retired in 2016, Kobe Bryant died along with eight others, including his teenage daughter Gianna, 13, when their helicopter came down in adverse weather conditions in Calabasas California.

The extent of the tributes is a testament not only to Kobe’s undoubted basketball skills, but also his virtues of persistence, and teamwork, which combined to win for him 5 N.B.A. Championship titles. Perhaps less widely reported since his passing is how these virtues were rooted in his Catholic faith.

Born and raised in a Catholic family, Kobe spent part of his childhood in Italy. After marrying in the Catholic Church in 2001, Kobe experienced a moment of crisis when he was accused of rape in 2003. He later told a magazine, “The one thing that really helped me during that process—I’m Catholic, I grew up Catholic, my kids are Catholic—was talking to a priest.” After assuring the priest of his innocence, he was told by him to place his trust thereafter in God, who gives us no cross without the necessary grace to carry it. It was this abandonment to God that Kobe later recognised as the key moment in the affair.

Although cleared of criminal charges, he settled a civil lawsuit with his accuser. In an era when such high-profile settlements are usually accompanied by statements of a non-admission of guilt, Kobe had the magnanimity to apologise to his accuser explaining,

“Although I truly believe this encounter between us was consensual, I recognize now that she did not and does not view this incident the same way I did. After months of reviewing discovery, listening to her attorney, and even her testimony in person, I now understand how she feels that she did not consent to this encounter”.

In 2011, Kobe faced another challenge when his wife Vanessa filed for divorce, but showing the same grit and determination that he was renowned for on the court, he vowed to fight for his marriage, citing especially the need to do so for his children. His determination of work at his marriage, to overcome faults and failures, saw his wife withdraw the divorce petition two years later.

His commitment to his family and his faith was also to be seen in more mundane moments too, such as attending Sunday Mass with them at an Orange County parish.

May God have mercy on his soul and all those lost in this tragic accident.