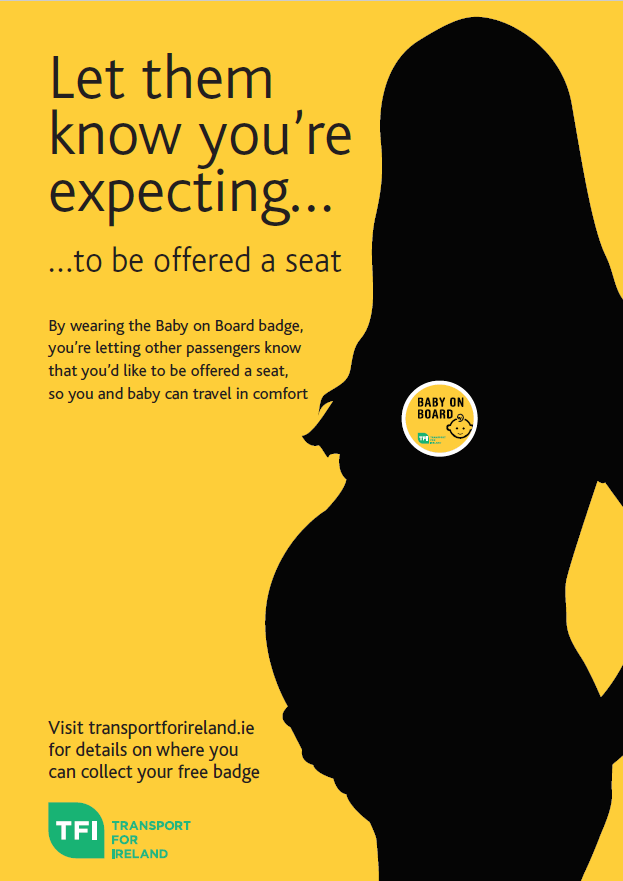 The government is promoting the ‘Baby on Board’ badge initiative across all public transport operators. A campaign that is aimed at expectant mothers, the ‘Baby on Board’ badge offers women, according to the semi-state body Transport for Ireland, “a discreet, convenient and universal means of communicating the message that they may be in greater need of a seat during their commute … so you and your baby can travel in comfort.”

The same government also promotes and funds something quite the opposite through its other semi-state body the HSE, according to their website: “an abortion is the medical process of ending a pregnancy. It’s also known as a termination. An abortion is available for free through the HSE if you live in the Republic of Ireland.”

“When a country has lost it value system, as Ireland has, it also loses its way and will inevitably end up contradicting itself in a most striking way. This is seen clearly by the government’s mixed message of comfort for an unborn child and their mother while travelling, while at the same time promoting an end to the same life.  If it wasn’t so tragic it would be laughable”, lamented Becky Kealy, of the new political Party Aontú.

Photo of Blessed Carlo Acutis: 15-year-old on his way to Sainthood