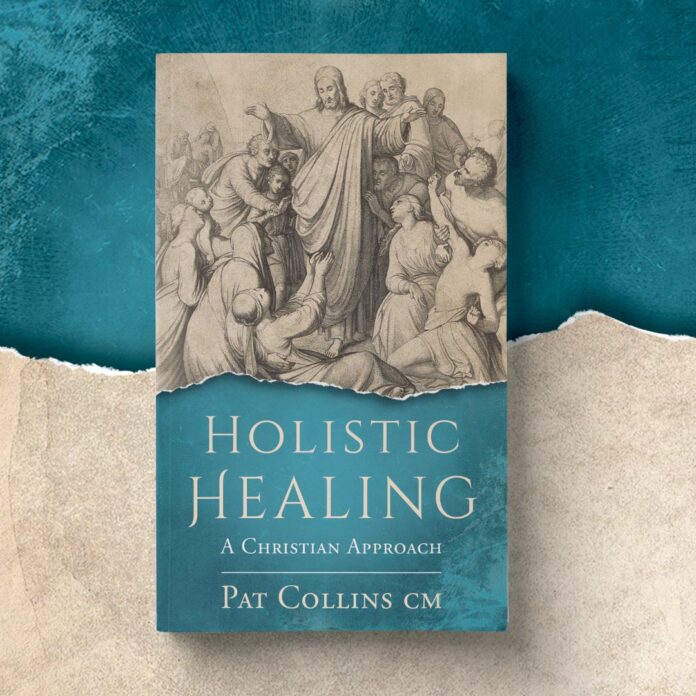 Fr. Pat Collins CM, author of last year’s hugely popular Freedom from Evil Spirits, is known as an experienced exorcist in Ireland.  In his latest book, Holistic Healing: A Christian Approach, he advocates belief in God’s willingness to manifest the divine presence and power by means of healings and miracles. We took some time-out with Fr. Pat to discuss his new book and his work in general.

ALIVE!: One question I know that interests readers is a comment you made on the Late Late Show when asked about the frequency of requests for your help was that in your view this country is experiencing a tsunami of evil. I know you didn’t get a chance to elaborate, would you care to now?

In Judges 21:25 we read that, “In those days Israel had no king; everyone did as they saw fit.” In our days in Ireland many people fail to submit to God’s revealed will and they rewrite the commandments to suit themselves. As a result, they do many things which are grievously wrong in God’s eyes, if not their own. It seems to me that this is obvious where sexuality, social justice, financial propriety and drug taking are concerned. Because so many people have drifted away from God, they get involved in all kinds of superstitious and occult beliefs and practices. Unwittingly, these non-Christian activities, together with their serious sins, can give the devil a foothold so that an increasing number of people suffer from oppression and obsession by evil spirits. Exorcists in many countries are reporting that the demand for deliverance prayer has grown greatly in recent years. It is no different in Ireland. In some cases, healing will not be released until such spiritual oppression is removed.

ALIVE!: Fr. Pat, what inspired you to take up the typewriter again to put a new book together. What’s new and different compared to Freedom from Evil Spirits?

When we read the Gospels we see that Jesus came to do two things. Firstly, he desired to tell the people the good news that if they looked only into the eyes of God’s mercy, expecting only mercy, they would receive only mercy as a free, unmerited gift. Secondly, because the people believed that all their sicknesses  were a penalty for not resisting the  illusions, false inspirations and temptations of the devil,  Jesus demonstrated the fact that he was able to forgive sin in two ways, firstly, by exorcising people who were possessed by the devil, and secondly by healing the sick.

As someone who is responding, like so many other Christians, to the Church’s call for a new evangelisation, I feel commissioned and empowered not only to proclaim the good news of divine mercy, but also to deliver people from  spiritual oppression and to pray effectively for their healing. As St Paul said on one occasion, “For the Kingdom of God is not just a lot of talk; it is living by God’s power” (1 Cor 4:20). Exorcism and healing are the good news in action, evidence that heaven is touching earth. As a result of exercising those interrelated ministries I published Freedom from Evil Spirits in 2019 and  Holistic Healing: A Christian Approach in 2020.

ALIVE!: Has there been a revival of the Ministry of Healing in recent times?

Although healing was an integral part of the life of the early Church, for a number of reasons it declined as the centuries went by. Even the sacrament of the anointing of the sick became known as extreme unction because it was seen as a spiritual preparation for death rather than as a sacrament of healing. When I was young, neither priests nor lay people prayed for healing with the laying on of hands. That changed with the Second Vatican Council. Par 12 of the Constitution on the Church was about the desirability of the gifts of the Spirit mentioned in 1 Cor 12:8-10 which included the gift of healing. With the advent of the Charismatic Renewal Movement in 1967, the gift of healing was restored to the Church in a new way.

Nowadays there are many prominent healers such as Eddy Stone and Sr. Briege McKenna in Ireland, Damien Stayne in England, and Fr Mathias Thelen in the USA. In 2000 the Congregation for the Doctrine of the Faith issued an Instruction on Prayers for Healing which was written by Cardinal Joseph Ratzinger, who later became Pope Benedict XVI. It affirmed that, “ it is licit for every member of the faithful to pray to God for healing.” Thankfully, not only have I seen many people being healed by others, God has also used me to heal many people.

ALIVE!: Have you any thoughts on whether, and why, God may have sent us Covid-19 as a trial right now?

I deal with that question in Holistic Healing.  During the Divine Mercy conference in 2019 I was asked to give a 15 minute talk. It is available on Youtube. I said at that time that, like others, I had been given a number of prophetic messages which indicated that the world was about to experience a time of tribulation and chastisement. So when the coronavirus and the consequent economic difficulties began to kick in I felt that it was a fulfilment of those messages. I am convinced that although God did not send these evils, he has allowed them for a good purpose. This is a time for reflection and reassessment when many people are re-examining such things as their values, beliefs and priorities. Whereas many of our contemporaries ask, ‘Why does God send this suffering?’ the disciples of Jesus should ask, ‘For what does God send this suffering?’ One answer would be, God allows the pandemic, in order to summon people to repentance lest they suffer a greater catastrophe on the day of judgement. To quote the Easter liturgy, I see coronavirus as a “happy fault” which may become a springboard to blessing for many people.

ALIVE!: The corona virus has heightened people’s awareness of the importance of mental health. Does your book deal with this topic?

As a result of the coronavirus pandemic many people have become aware of their need for inner healing. True to its title, Holistic Healing suggests that it takes three interrelated forms, spiritual, emotional and physical. I think it would be true to say that most of the book focuses on psychological healing. As a result it deals with issues such as anxiety, depression, hurting memories, self-esteem, intergenerational difficulties, the father and mother wound etc. Not only does it describe the origins of  problems like these, it also suggests ways and means by which they can be healed, not only as a result of our own graced efforts, but also with the help of others, e.g. by the laying on of hands. As St Paul wrote in Eph 3:16, “I pray that out of his glorious riches he may strengthen you with power through his Spirit in your inner being.” Once a person is healed inwardly, it will often have knock-on beneficial effects on their physical health.

Holistic Healing is  available for order at- https://columbabooks.com/product/holistic-healing/ and is also available in all good book shops across the country.