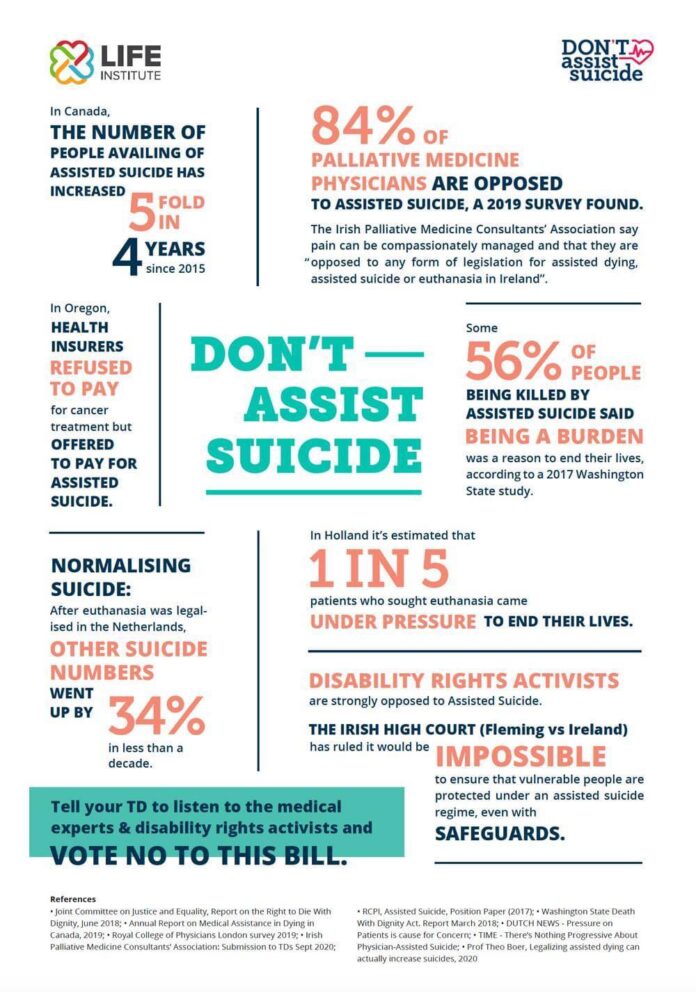 Earlier this year, a hospice in British Columbia abruptly all its state funding pulled because it didn’t want to offer assisted suicide. The Delta Hospice was also told that Canadian authorities would likely take over the hospice centre, although it was built almost entirely without government funding, because the state had provided the site.

Canada legalised Assisted Suicide in 2015 and it has already seen the number of people ending their lives in this way grow five-fold in just four years, according to official records. Now it seems that the same people who provide so much real comfort and succour to those at  the end of their lives are being punished because they don’t want to kill people.

Canada, the Netherlands, Belgium and a handful of states in the U.S. have embraced Assisted Suicide and the lessons we should learn from their experiences are stark. The procedure, as expected, does not remain rare, and the grounds on which doctors can kill a patient increase rapidly. As the infographic produced by Life Institute shows vulnerable people feel under pressure to die by assisted suicide – 56% in Washington State did not want to be a “burden” – surely a failing of society and of genuine compassion when so many are made to feel this way.

Equally startling is the obvious contagion effect of assisted suicide. Prof Theo Boer, who sat on euthanasia review boards in the Netherlands, points out that other suicide numbers have increased by 34% in that country in less than a decade at a time when rates were decreasing in neighbouring countries.

As the Don’t Assist Suicide campaign shows, medical experts and disability groups are strongly opposed to Assisted Suicide. In Ireland, the Palliative Medicine Consultants Association has written to TDs to explain that pain and distress at end of life is best treated with palliative care not by killing patients. It was shameful to see 81 TDs ignore that medical advice in the Dáil and vote to send the Assisted Suicide bill to Committee Stage.

The experience of other countries shows that it endangers the sick, the elderly and the vulnerable. We can learn from those experiences – and our TDs must learn from them too.

The Legion of Mary