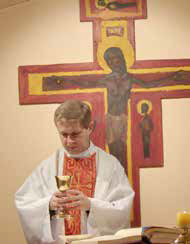 For me, Mass has been one of those things that I attended without question as a child. Probably because my parents brought me and when you are young it is family that you learn from the most. However, going into secondary school, Mass kind of lost its meaning for me. I always went but I started asking a lot more questions about my faith and why Mass was so important for people.

I think when you get into teenage years it’s good to question because if you don’t you will never get the answers. It was definitely my first Youth2000 retreat that showed me Mass in a different light. So often we go to Mass and become disheartened when we see a lot of adults and elderly people and not as many young people. But when I saw hundreds of young people at Youth2000 and filled with so much joy for Mass, I couldn’t help but be uplifted in my faith and think that there was such a significance behind the Mass.

I heard a priest say something during his homily once that we haven’t stopped going to Mass because we have lost our faith but we have lost our faith because we stopped going to Mass. If you think about it, it is so true. It’s as if you stop playing a musical instrument for years. Yes, you will pick it up again and remember the basics of it but it will take a lot of time and effort to get back to the level you were at. It’s kind of the same idea with faith.

Many people may stop going to Mass and therefore they do not have the weekly reminder of the importance of their faith and they can start to lose it. I’ve realised how much Mass actually can help us grow in our faith when we fully realise its importance. If you think about Jesus at the Last Supper when He said ‘Do This in Memory of Me’ it will make sense. Jesus clearly showed us what he wanted us to do. He wanted us to celebrate the Mass as a memory of Him and so he could bring Himself to us. He did this because He knew we would need all the strength we could get to live life, especially as a Catholic.

When I realised this, I realised that if I didn’t have Mass my faith would seem somewhat empty because in the Mass we have Jesus. Also, the Mass is Jesus coming in communion with us and we join with Him. Now this concept can be hard for people to believe and it can take a while to have complete faith in the idea that Jesus is present. What can be very helpful is to look at the priest on the altar holding up the bread and wine, think back that a very long time ago Jesus created the exact same action and said the exact same words the priest says. It definitely makes Mass seem a lot more real. If you think about it, the Catholic Mass has been around for 2000 years. That just shows how significant it is!

So, if you struggle with going to Mass I strongly encourage you to go no matter what the distractions as it will be a weekly reminder of your faith and it will definitely keep you grounded in your faith. If you find it long or boring try to listen to the readings and see what you can get from them and bring all your intentions to the altar and ask for strength in your faith. After a while you will find that you love going to Mass and you will get very much from it. Thomas Aquinas said ‘The celebration of the Holy Mass is as valuable as the death of Jesus on the cross’.

Try being a young Catholic 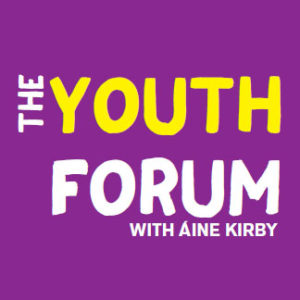