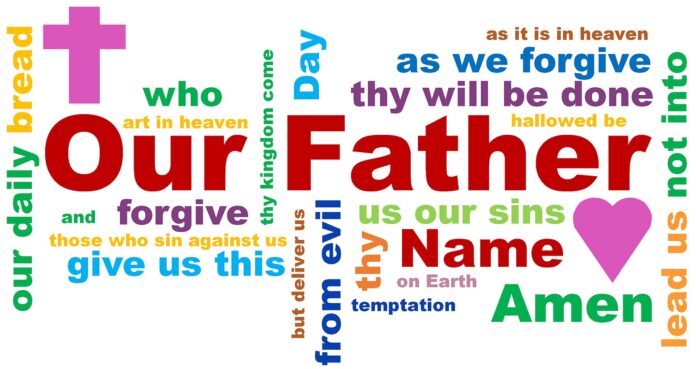 Don’t wallow up in your guilt, don’t stay down. “The righteous may fall 7 times and still get back up” – Proverbs 24:16. It’s not “the righteous fall and because they fall, they aren’t righteous.” No. The righteous fall 7 times and get back up! Pick up from where you are and get up, it’s not easy. The enemy will constantly lie to you saying things like “you can’t get out of anything”, “you waited too long”, “everyone’s doing this at your age and you aren’t”.

The devil will try to get you to compare, so when you don’t feel like you are good enough you stop trying altogether. When you’re in a stagnant place that’s meant for movement it will lead to frustration. God has already forgiven you; you only need to ask for forgiveness! In the words of one of my favorite praise and worship songs

The Our Father is a perfect example of God’s forgiveness as said in Matthew 6:9-15: “This, then, is how you should pray:

“‘Our Father in heaven, hallowed be your name, your kingdom come, your will be done, on earth as it is in heaven.  Give us today our daily bread. And forgive us our debts, as we also have forgiven our debtors.  And lead us not into temptation, but deliver us from the evil one.’ For if you forgive other people when they sin against you, your heavenly Father will also forgive you. But if you do not forgive others their sins, your Father will not forgive your sins”.

Once you have had confession your sins are forgiven! Do not beat yourself down and surrender to guilt! Don’t dwell on your past sins. Dwell on God’s love for you. Dwell on His grace. In Christ we are free of condemnation. You are forgiven. How much more will the blood of Christ wash away your past and future sins?

Give up and stop fighting. Let Christ be your confidence. Trust in the perfect merit of Jesus Christ on your behalf. Constantly seek the Lord in prayer and ask Him to help you overcome guilt. Ask God to help you understand His grace and to help you fully trust in Christ.

John 16:33 “I have told you these things, so that in me you may have peace. In this world you will have trouble. But take heart! I have overcome the world.”

Sometimes God has to bring you back to the place you first found Him; on your knees, broken and recognizing that you cannot do whatever it may be without Him. He did not bring you this far in your journey towards Him and His glory to fix you. He brought you through the storm and held you as you went through the deep waters so you wouldn’t drown in your shortcomings or your sins, He did all of this so that His truths may become known by you.

He pulled you back to the place where you thought you’d never be enough for anyone, in order to show you that you don’t have to be enough; He was enough for us yesterday, He is enough today, and He will be enough forevermore.

It is in your weakness that His power is made perfect. At the foot of the mountain of getting out of sin and closer to Him that you thought was too hard to climb that you didn’t think you were enough for God, He was there reaching His hand out for you to grasp and journey not alone, but with Him strengthening you and giving you hope and love that you have never known before. He put you here, so you can truly see the faithful and miracle working God that He is. For His love not only comforts you in your brokenness or to shelter you from the fire of sin, it uproots all of the seeds of fear and doubt that the devil plants in our minds.

Psalm 37:23-24 “The Lord directs the steps of the Godly. He delights in every detail of their lives. Though they stumble, they will never fall, for the Lord holds them by the hand.”

The Beginning of Youth 2000 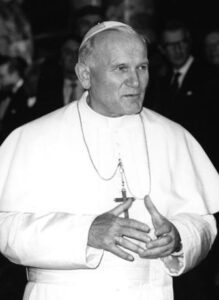 At World Youth Day in 1989 Pope John Paul II said to the 400,000 young people who had gathered from around the world: “It is up to you young people that the task first falls of bearing witness to the faith and bringing into the Third Millennium the Gospel of Christ, who is the Way, the Truth and the Life!”

But to whom does the task fall to bring this message to those who are not at World Youth Day, who do not go to Mass on Sunday and who do not even know that God exists?

This question led Englishman Ernest Williams to respond to this need by forming Youth 2000. Youth 2000 was formed because a young English man responded to the greatest poverty of our times; a generation of young people living in the spiritual poverty of not knowing that they were created in the image and likeness of God.

Immediately after World Youth Day in 1989, Ernest made a pilgrimage to Fatima. It was there during a period of prayer and reflection in the presence of the Blessed Sacrament, the structure and format for what Youth 2000 was to do became clear. Through a rediscovery of Mass, Adoration of the Blessed Sacrament, the Scriptures, Sacrament of Reconciliation and Devotion to Mary the Mother of God, and the Church’s teaching, young people would discover the unique calling that they had to live as Christians.

Ernest began to gather young people together in prayer, and soon this initiative, known as Youth 2000, spread to more than 25 countries all over the world, changing the lives of thousands of young people. Youth 2000 commenced in Ireland in 1993!

Try being a young Catholic