In mid-July Fr Seán Mulligan of Carrickmacross gave what was probably the most important homily preached in Ireland in recent years. Eight minutes long, it can be viewed on Youtube.

Based on the parable of the darnel (weeds) sown among the good seed, the homily explores the nature of evil and how it progresses in both our private lives and in society. And the shocking progress it has made in Ireland.

The sermon takes as its framework a blog post by an American convert to Catholicism, Fr. Dwight Longenecker, on what he calls The Six Stages of Evil.

These stages are: 1. First, we overlook evil. 2. Then we permit evil. 3. Then we legalise evil. 4. Then we promote evil. 5. Then we celebrate evil. 6. Then we persecute those who still call it evil.
This is a kind of forensic examination of what Scripture calls “hardness of heart”, of our growing resistance to God’s will in our souls and in our community.

Which helps to explain why the Catholic Church over the past 60 years has more or less abandoned the task of calling sinners to repentance.

This was a remarkable development, given that conversion is a core element of the mission given to the Church by Jesus.

Fr Longenecker’s analysis can be applied to any kind of sin, from the issue of pornography to the evils of the Nazi “final solution”.

Fr. Mulligan applied it to the progressive acceptance, over a few years, of the on-going slaughter of thousands of underage babies in Ireland. And to efforts by the current government of hide the evil and protect it.

What is becoming ever clearer is how insidiously this evil corrupts everything it touches: politics, health care, the law, college education, peace-keeping, the media, respect for human life. Only repentance can save us.

Has the mental health industry completely lost its way? 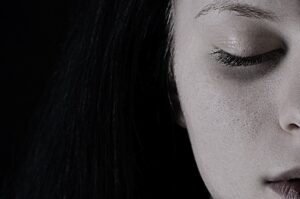 Many people suffer from mental illness and need treatment. But in the broader society, could we be getting mental health upside down, taking signs of good health as indicators of illness?

Consider a recent survey of 1,000 Irish school leavers which found that nearly half of them (46%) believed they had high levels of depression and/or anxiety. And up to 60% deemed their mental well-being to be “poor”.

It’s hard to know what to make of such remarkable figures but, true to form, the study led to calls for more state money.

Prof Sinéad McGilloway of Maynooth University, who led the project, noted “chronic underfunding of the mental health system”. She told the Irish Times an extra €3 million announced by the Minister may not be enough.

But what if much of the depression and anxiety is actually an appropriate response to the difficulties in which young people find themselves – for example, a broken home?

Indeed, funding for more “therapists” may make matters worse. Could counsellors and mental health experts and researchers be part of the problem?

What if they have a false, “feel good” vision of mental health? Or promote a form of therapy that distracts from the underlying issue rather than facing it?

Might an unorthodox counsellor, prepared to set aside some of the “non-directive” rules of the game, be better able to help?

Having listened attentively to the distressed customer, he (or she) might explain: “you’re absolutely right to be depressed, given the blindness and emptiness of your outlook on life.

“You have no sense of what life is about or what its purpose is. You are afraid to face reality, and your notion of happiness is flawed.

“Because of pride you are easily offended and unable to deal with hurt in your life, often choosing a self-destructive response, such as anger or self-pity, one that leads to a vicious circle of hurting.

“Instead of having Jesus at the centre of your life, where he belongs, you ignore him, trying to fill the empty space with your own demands and ambitions or with drugs, alcohol and sex.”

The counsellor might then go on to explain, “you were created for greatness, for holiness, for eternal life. That should be your governing focus in life. And you have to carry Christ’s cross.

“You need to develop an outlook that can accept disappointments, difficulties and failures, viewing them as part of God’s bigger plan for your life and salvation.

“You have no sense of your dignity as a child of God. Indeed, you ignore God, have pushed him to the side, or you have fashioned a semi-pagan god to serve your needs rather than call you to holiness.

“Since you exclude God, your life has little sense of direction except to while away the years as pleasantly as possible, until your time is up. No wonder you’re depressed.

“By restricting your social life, Covid-19 deprives you of many activities that serve to hide from you the hopelessness behind so much of what you do.”

It will be objected, of course, that this breaks down the boundary between secularist “counselling” and religion or spiritual direction. But who decided such a boundary should exist, and to what purpose?

None of this denies that on occasion talking to a sensible person about a complex situation can clarify an issue and how to deal with it.

But from a Catholic point of view it does raise serious questions about the Church’s involvement in the counselling industry and how this has helped to dilute its religious mission.

A Hidden Life, a beautiful but flawed movie

The recent movie, A Hidden Life, tells the story of Franz Jägerstätter, the Austrian farmer who was beheaded by the Nazis in 1943 because he refused to take an oath of loyalty to Hitler.

It is a beautiful and moving film with a lot of Catholic imagery. But Dan Hitchens (The Catholic Herald) notes that its picture of the 36-year-old farmer as a quiet, enigmatic hero is anything but true.

The real Franz always openly explained that he could not serve Hitler because it would endanger his eternal salvation.

Until his mid-20s he was regarded as “wild”, ever ready for a fight, vocal in his views, and he fathered a child outside marriage. Then he met his future wife, Franziska, a devout Catholic.

Did he go to Mass was one of the first questions she asked him. Under her influence he began to take his faith seriously, studying the Bible, the lives of the saints, and going to daily Mass.

“I might have thought differently about Hitler,” he once said, “if I had not read so many Catholic books and journals.” He even wrote a catechism for his three little daughters.

Other villagers opposed Nazism, but Franz’s public challenge to it shocked everyone.

His parish priest, who had himself been banished from the area because of his anti-Nazi preaching, thought he might be taking his opposition too far.

“I wanted to talk him out of it,” Fr Karobath later recalled, “but he defeated me again and again with the words of Scripture.”

He told the priest of his concern about “the danger to the salvation of my soul”. Pope Pius XI had made it clear that nobody could be a Nazi and a good Catholic.

A dream Franz had also made a big impact on him. He saw a packed train with more people clambering to get on board. The train, he understood, was Nazism, and it was heading to hell.

The movie, however, fails to show how it was this hope of eternal life that gave him the courage to resist evil. Salvation, he said, “particularly depends on our free will, whether we want to be eternally happy or eternally unhappy.”

He was dismayed by the failure of Church leaders to speak out plainly. “No one offers any clarification, either spoken or written; rather, it’s forbidden to offer any… It isn’t good if our spiritual leaders remain silent for years,” he wrote.

“They silently watch this falsehood as it takes an ever-greater hold on everything around it.” The people too, he said, always needed to ask, “What does our faith teach about all this?”

In prison his greatest joy was to receive Holy Communion. Fellow prisoners noted how he shared his food, prayed the rosary, and helped others to pray it.

In 1971 an Austrian film, The Refusal, gave a much better picture of the place Catholic conscience played in Jägerstätter’s decision not to fight in an unjust war, and can be found on Youtube.

In 2007 the Church declared him a martyr. His wife, aged 94, was present in Linz cathedral when he was beatified. How strange to make a film celebrating a man’s heroism yet downplaying the source of his courage.