The most profound global change being brought about by the Covid-19 pandemic may turn out to be a new openness to the Catholic vision of life and the message of salvation. To understand why, we need to go back some 400 years.

Francis Bacon (1561-1626) is generally seen as the father of modern science, the man who developed the scientific method of studying the material world.

His discovery began a process that, in time, changed everything from agriculture to astronomy, from manufacturing to medicine.

It also transformed the way people viewed the world. They could now gain dominion over nature and fashion it to meet their every need and desire.

Bacon, a devout Anglican, was so excited by his discovery and the benefits it might bring that he thought it would undo the consequences of the Fall, Adam and Eve’s rebellion against God.

He didn’t seem to notice that this religious belief would make him rather than Jesus the world’s Saviour.

Scientific achievements in later centuries led to great confidence in human ability and the belief that the future could only bring ever greater progress. God himself no longer seemed necessary.

So, in 1802 Pierre-Simon Laplace, asked by Napoleon about God’s place in his physics, haughtily replied, “I have no need for that hypothesis”.

Then came Darwin with his theory of evolution, and God as the unnecessary scientific hypothesis could finally be excluded from human life. Or so it seemed to many of the leading lights of the time.

In all this we see the linking of good science with stupid philosophical theories. Yet none of this need ever have happened and people might have formed a view of life and human dignity very different to the materialist view we have ended up with today.

Filled with gratitude we might have put worship of the transcendent God at the centre of our lives and our society, the hope of eternal happiness with him giving us meaning and purpose.

We might have stressed the relational character of people made in the image of the Blessed Trinity, and avoided the lunatic ideology of radical individualism or secularist liberalism.

Instead, we crippled reason and reduced our vision to earthly concerns. Then Covid-19 arrived.

We are coming to a new realisation that science is not enough to protect us from death, to give meaning to life, or even to save our economy, to guarantee our freedom and security.

Please God scientists will find a vaccine, but our confidence in human control of nature and in inevitable progress has been up-ended. And it’s not likely to recover soon. People need a new vision of life and its purpose.

Only the Church can offer this vision. Yet its lack of vigour in this crisis has been disappointing. Our various leaders seem to have little to offer except to repeat the statements of politicians and various “experts”.

Surely this is a time for the Church to rediscover its religious identity, to purify itself from the poisonous secularisation that has gripped it for decades.

Above all, we need to proclaim once again the transcendence and the mercy of God and the relativisation of all our concerns by the hope of heaven.

We need to call people to repentance and to a new God-centred vision of life as revealed to us in the life, death and resurrection of Jesus the Saviour. 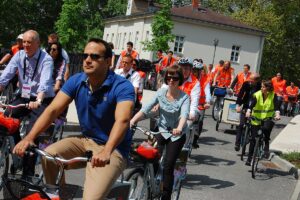 Former Taoiseach Leo Varadkar recently spoke about Ireland working with other countries “to promote our shared values of peace, justice and human rights.”

By “our values” he meant the things that Irish and like-minded people hold dear. But Irish society is deeply divided by greatly conflicting values.

Many people, for example, reject Mr Varadkar’s values. They find many of them abhorrent and socially destructive, to say the least.

By implicitly attributing those values to the whole people he abused his position, presenting a fake, self-serving picture of unity.

Even worse, by hiding the deep divisions about the kind of society we want he rendered invisible and irrelevant the views of those with a different vision of justice, for example, and of life’s purpose.

Some key areas where division about values runs deepest include reverence for and worship of God, the purpose of human life, life after death, hope versus despair, the family based on marriage, the daily slaughter of the unborn, the rights of parents, acquisitiveness, the meaning of education.

It took some neck for Varadkar to talk about the “values of peace, justice and human rights”, given the leading role he played in the most evil event in Irish history, the repeal of the prolife 8th Amendment and the introduction of the most liberal abortion system in the world.

But he knew he would get away with it, that no one in politics or the media would call him out. We really are served very badly by our politicians and media.

Aborting babies is “the greatest destroyer of peace” (Mother Teresa) and it’s a profound injustice against the discarded babies. How then can he speak of valuing peace?

Again, history shows us that the notion of “human rights” is rooted in Catholic theology and it cannot survive without belief in God and in the sacredness of human life.

If we cannot have an on-going free and truthful discussion about “our values” then they, like “rights”, become a cover for the demands of the powerful. And our dud media go along with this soft form of oppression.

Scientist blind to the real story in his research 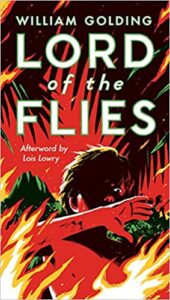 How would children behave if left completely to their own devices? Very badly, said William Golding in his 1954 novel, Lord of the Flies.

Portraying the descent into savagery of a group of boys who found themselves marooned on a remote island, the book sold tens of millions of copies.

But, he claims, “in the last 20 years scientists from all over the world have switched to a more hopeful view of mankind,” a view he clearly shares (The Guardian, 9/5/2020).

While researching this “more hopeful” view of human goodness, Bregman learnt about a group of six boys aged 13-16 who did in fact spend about 15 months alone on a deserted Pacific island.

In 1965 the schoolboys, from Tonga, “borrowed” a fishing boat but got caught in a storm and ended up drifting in the ocean for eight days.

Finally, they reached a tiny deserted island, while their families believed they had died at sea.

Bregman tracked down the Australian sea captain who found them and also one of the boys, now in his late sixties, to find out the full story.

He learnt that the teenagers had come from “a strict Catholic boarding school” and that survival on the island had been difficult: “all summer long it hardly rained, driving the boys frantic with thirst.”

However, they “agreed to work in teams of two, drawing up a strict roster for garden, kitchen and guard duty.

“Sometimes they quarrelled, but whenever that happened they solved it by imposing a time-out. Their days began and ended with song and prayer.”

Combining this story and the “modern scientific insights”, Bregman came to his more positive view of human beings:

“The real Lord of the Flies is a tale of friendship and loyalty; one that illustrates how much stronger we are if we can lean on each other.”

The Tonga story, however, is about much more than friendship and loyalty. It also shows the impact Catholic faith and a Catholic education can have on young people.

Because of their upbringing, the Tongan teenagers put God first in their lives, beginning and ending each day with prayer. They knew that Jesus was with them.

We may also assume that Catholic morality guided how they treated each other and that their trust in God gave them hope and the courage to face the daily difficulties.

All this deserved some exploration, but Bregman did not pick up on any of it. As a result, his conclusions about human goodness are of little value, if not false.

Many researchers and journalists today have no interest in, or are prejudiced against, Christian faith. This is a philosophical or religious, not a scientific position. But it can damage their research.

Blind to the immense impact faith often has in people’s lives, they ignore it. As a result, their interpretation of the data and their conclusions are skewed or fake.

How can we trust such researchers? They are neither “scientific” nor objective. And action based on their distorted research may do far more harm than good.

Recognising the Six Stages of Evil