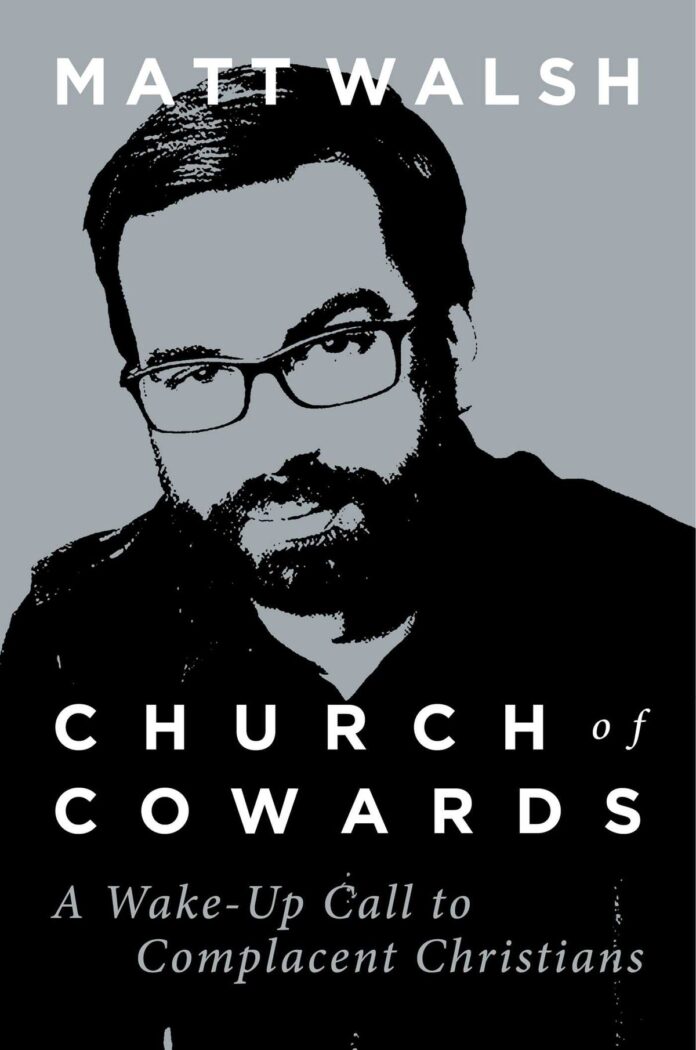 In his new book, Church of Cowards, Matt Walsh of the Daily Wire examines the condition of Christianity in the US. He presents a very disturbing picture, yet much of what he says is also true of the Church in Ireland.

Many Christians, he argues, do not even know what it takes to be a follower of Christ and a faithful member of his Church.

Walsh, a Catholic with a young family, wants to shatter our complacency and get us to face the reality of Christian compromise and disintegration so that we may take our religious lives and mission seriously.

But Walsh could find little evidence of this, even when it came to major issues like reverence for God, justice for unborn babies, sexuality, voting and economics. Both clergy and laity have conformed to secularist culture.

He faults the casual way many people dress and behave at Sunday Mass, the endless noise that never allows “a moment of contemplation” and priests who give “a sermon that sounds like a pep talk from a high school counsellor.”

If half of America’s Christians had half the faith and courage of Christians in Iraq, “things would change overnight,” wrote Walsh. “Hollywood would crumble because we would refuse to watch its filth.

Most Christians today, he holds, “do not bother with spiritual progress.” That is work, and they do not think that being a Christian should require work.

Rarely does Jesus come first in our lives. But “once we’ve made something else a greater or equal priority to Christ in our lives, we’ll find that Christ’s share rapidly declines from then on.” And the Lord becomes simply “a nuisance”.

Christian entertainment does not have the vulgarity and nihilism that’s common in secular music, he notes.

However, it has its own problems: it seems that “a Christian song must always have an upbeat feel, and end on a happy note. Every song must be Easter. There can never be a Good Friday.”

Chapter by chapter the author peels away layers of complacency that blind us to Christ’s demands and turns the “couch potato into the new paragon of virtue.”

Homosexuality, he writes, “is probably the issue, more than any other, where even faithful Christians wish to find some sort of harmony between the Christian view and the worldly view.” But “no such harmony is possible.”

He exposes the flaws in the “spiritual but not religious” ideology and highlights the despair at the core of atheism.

Atheists are like passengers who know their train’s brakes have failed and that they are being carried toward a great bridge that has collapsed. Without hope, the best they can do is try to “enjoy the ride.”

A chapter on “the false virtues” takes a look at various notions that Christians have come to accept from the surrounding anti-culture, including theories of “acceptance”, “positivity”, “welcome”, “non-judgmentalism” and “tolerance”.

A weakened sense of evil accompanies this. “In a world drenched in sin, we may develop the general impression that sin cannot be that big a deal…

“Everyone is out there sinning. Sin is totally normal, casual, a part of everyday life. It can’t be all that bad, can it?”

We recognise a few “big deal” sins like murder and rape but it costs us nothing to call them out.

Much of the damage done to the Church in the past 70 years was and is self-inflicted – due to bad theology, diluted catechesis, loss of confidence in the Gospel.

Walsh examines little of this in detail, but he does indicate a way forward for those who want to truly follow Christ.

Some babies more equal than others

The Business Post reports that over the past 18 months Tusla, the child & family agency, deemed 127 unborn children “to be at risk of significant harm” and placed them on its child protection notification system.

Being on the system means that a plan has been devised to make sure the babies are protected.

Barnardos boss Suzanne Connolly told the Post that “the usual reason unborn babies are placed on the system is substance abuse by the mother.

“When a woman becomes pregnant and it is known that she has a substance abuse issue, it is vital that services engage quickly…

“There will need to be medical oversight in terms of the mother’s and baby’s medical needs… and in order to minimise the risk to her baby.”

On the scale of risk to unborn babies, where does abortion figure? Does being torn limb from limb by a killer doctor count as “significant harm”? Some unborn babies are clearly more equal than others.

The German people, at least from 1940 on, knew what was happening in the concentration camps. But it was out of sight, so they didn’t need to care.

The abortion slaughter happening in many of our hospitals today is as horrendous and as evil as what happened in Auschwitz.

Our outrage at others’ wrong-doing, past or present, lets us feel virtuous while we ignore our own failings and sins.

University students Sophie Scholl, aged 21, and her brother Hans, 24, stood against Hitler, knowingly putting their lives at risk. They were caught and were beheaded.

We face no such danger. Why, then, are we silent? We need to ask, what am I prepared to do to end the evil of abortion?

“Equality-based” is a slogan that fits well with the spirit of the age and with the agenda of today’s secularist religion. However, the notion of “equality” as a basis for education raises some major issues. But that’s for another day.

Catholic education, on the other hand, is truth-centred. It aims to communicate the truth in maths, grammar, geography and so on.

In a relativist age it aims to foster in young people the realisation that they can know what is true, and to give them a passionate desire for truth. This is the best preparation for life that any child can have.

Wiping out men’s role in the family 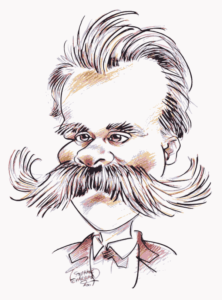 Our society, obsessed with the irrational liberal agenda, is deeply engaged in a project to destroy the family, the role of parents and particularly the very notion of fatherhood.

Freedom, autonomy, we are told, must be extended as widely as possible, including to children of an ever younger age. We must “listen” to them. Their “rights” and demands must be respected.

The biggest obstacle for liberals in imposing this vision is the natural concern parents have to protect their children. So everything possible must be done to reduce their role as parents.

Let the state take over, as far as possible, the family role. The idea of the state paying couples, especially mothers, to let strangers rear their babies is one stage in implementing this agenda.

Again, the state, under the cover of education, wants to decide how “explicit” the sex training given to children must be, regardless of parents’ wishes.

But for liberals it is marriage that does most to hinder children’s autonomy. Hence the state’s eagerness and its range of initiatives to destroy marriage.

Thanks to the multi-pronged attack on the family vast numbers of young people now grow up in single-parent homes, almost always with the father missing.

And few people care to ask what impact it has on girls as well as boys when their father has taken off. Especially when many of their friends’ fathers have done the same.

But if your dad walked out on you when you were a child, your appreciation of fatherhood is likely to be deeply distorted by the betrayal.

So also, if your birth cert gives your dad’s name as “Sperm Donor” or “Danish Sperm Supplier”, or if your father now claims to be a woman.

In this kind of environment both boys and girls learn that men ‘do not stick around’. Boys learn to be irresponsible in a relationship and girls learn not to expect commitment from men.

So why would either of them want marriage? Better to have a cool, loose relationship, with an easy out, as more and more young people are deciding –  as modelled by the messed-up celebrities they admire.

But a society of feckless fathers does even deeper harm to children. It cuts them off from any real understanding of God’s fatherly love.

Indeed, the Our Father only alienates these young people from God, adding to the emptiness and hopelessness of their lives. This, it seems, is the best our post-Christian society has to offer. Hey, pothead, pass the joint.

Recognising the Six Stages of Evil