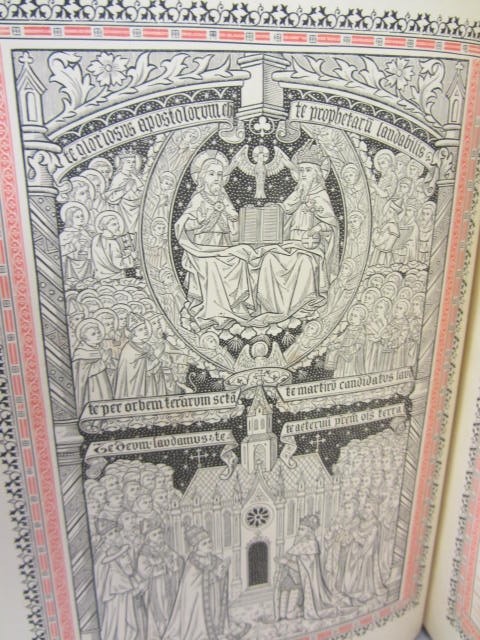 One of the least celebrated aspects of Irish Christian heritage is the great role played by Christian clerical historians in preserving our past, and especially preserving the Gaelic and Irish resistance aspects of our culture, as opposed to relying solely on state papers and other English government documents.

Of course, it would take a fair size book to even begin to introduce the number of clerical historians covering the centuries of our history, so a narrower focus on the seventeenth century will have to suffice.

It begins with the Flight of the Earls and the fall of Gaelic Ulster. This was documented by such historians as Peter Lombard, Archbishop of Armagh and a friend of the exiled chiefs on the continent who is mentioned as an historian of the period even by the playwright Brian Friel in Making History.

Many people could see the potential tragedy of losing our history with this downfall of the Gaelic order and it inspired some to redouble their efforts to preserve and record that history. The main centre of this effort was certainly the Irish Franciscan college in Louvain in Belgium. Encouraged by such luminaries there as Hugh MacCaghwell, also Archbishop of Armagh, and Fathers Patrick Fleming, Thomas O’Sheerin, Hugh Ward and maybe especially John Colgan whose monumental Acta Sanctorum Hiberniae preserves many of the ancient saints lives of Ireland, a specific programme was launched to preserve and republish the ancient annals of Ireland.

Under the leadership of a scion of one of the great bardic families of Ireland, Michael O’Cleirigh who had joined the Franciscans, efforts were made to arrange a full new set of annals, drawing on paraphrases of the ancient annals preserved all across Ireland. Of course, this became known as the Annals of the Four Masters, completed in the Franciscan monastery in Donegal town in 1636.

It’s not only the annals they wanted to preserve but also the Irish language in whose richness so much of our culture is intertwined. For example the aforementioned Michael O’Cleirigh published a very early list of Irish words and meanings in Louvain in 1643 while Fr Maurice Conry OFM (another crossover from the great Gaelic historian families, in this case the O’Maolchonaires, into the Church), the author of Threnodia Hiberno-Catholica the best account of Ireland under Cromwell, attempted the first Gaelic-Latin dictionary in the 1640s in Louvain, now in Peniarth Manuscript 184 in the National Library of Wales. But certainly the first important comprehensive Latin-Irish dictionary is that written by Richard Plunkett OFM in the Franciscan convent in Trim (or at least in the vicinity, after its suppression) completed in 1662 and entitled Vocabularium Latinum et Hibernum.

If all that seems a little top heavy with Franciscans we needn’t be too surprised because the leading international Franciscan historian of that period, and reputed as one of their greatest historians of all time, was of course Fr Luke Wadding OFM, the only Irishman ever to receive a vote in a Papal conclave. To mention a few non-Franciscan clerical historians though we could refer to: Fr Stephen White SJ, whose learning even James Ussher praises; the prolific and reliable Fr John Lynch of Galway and Tuam archdiocese; Bishop David Rothe, author of Analecta and other works whose family home is so well known in Kilkenny city; Fr Thomas Carve, or Carew, the Tipperary man and secular priest of Leighlin diocese whose works are among the most important for the history of the 30 Year War in Germany; Fr Geoffrey Keating author of a history of Ireland which is often considered one of the first popular works in more modern approachable Irish; Fr Patrick Hackett O.P., a famous Gaelic poet whose complex history of the Confederate wars, the Aphorismical Discovery of Treasonable Faction, is so important in unravelling the conspiracies of those years; and finally we might mention the two Capuchin authors of Commentarius Rinuccinianus, Fr Richard O’Farrell and Fr Robert O’Connell, which is a truly monumental history of that period.

This brief look at only some of the 17th centuries historians that the Catholic Church has left us has hopefully shown what a great legacy they have imparted, and what a debt we owe to them for preserving our so interesting history. These works and authors are not peripheral or minor figures, they produced in many cases huge volumes that we simply could never do without in understanding our past. They worked, I believe successfully, for what Michael O’Cleirigh famously said was: “for the glory of God and the honour of Ireland.”