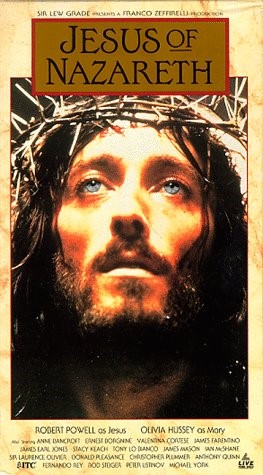 Depicting the life of Christ on film is fraught with danger, in the modern era doubly so. But the undoubted standard-bearer for such films is Franco Zefferelli’s six-hour miniseries, Jesus of Nazareth (1977). Though not perfect, this reverent, dramatic interpretation of Christ’s life is ideal family watching for the Easter season.

When it was released, Jesus of Nazareth was ground-breaking for the manner in which it established the historical backdrop to Christ’s actions. It situates his life, and those of his parents and disciples, in the context of first century Judaism, depicting a lively faith and culture.

The attention to period detail and the use of authentic settings and locations adds layers of depth. We witness Christ preaching to his followers in mud huts and on hills, on desert sands and on the shores of a great lake. By placing Christ’s words in their historical context, it brings them to life in our own.

This detail also ensures the film doesn’t become too “staged”, an ever-present threat given the large, star-studded cast. In all, there were 7 academy award winners and a further six nominees in the cast.

However, they are outshone by Robert Powell, a relative unknown, as Jesus. His ethereal, unblinking performance creates a mystique which accurately conveys the twin natures of Christ. Apparently, his likeness to other depictions of Christ was such that when he appeared in costume on set, the crew would immediately stop cursing!

In addition to the heavyweight cast, the director, Franco Zefferelli, brings a painterly eye and a traditional sense for dramatic flair. With a background in opera and Shakespeare, as well as being a practising (if wayward) Catholic, he was ideally suited to crafting a film which does justice to the spiritual as well as the material aspect. In particular, his subtle use of close ups and staging create an aura around Powell’s Christ, and makes best use of his physical likeness.

The narrative is largely faithful to the detail of the Gospels, though there are elements which it leaves out and elements which it adds, and the only major blot on the copybook is the strange depiction of Judas.

But the film is ultimately a faithful adaptation. It recreates the time of Jesus with care, while being equally evocative of his twin natures, and it is made with a confidence in spiritual realities which is often absent in modern films of the Gospels. If you want to get into the life of Christ over Easter, this is as good a place to start as any.