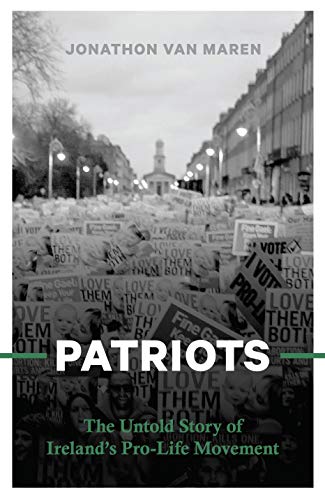 Ireland was described by abortion campaigners as the jewel in the crown of the pro-life movement – and for decades the constitutional protection of the unborn was attacked repeatedly. On May 25th 2018, that legal protection for preborn babies was stripped away in the name of progressivism and modernity.

Not many know that the story of Ireland’s constitutional protection for the unborn began before the 8th Amendment to the constitution was introduced, in response to developments overseas where legal protection was removed by judicial over-reach and with little or no consideration of the popular view.

A small group of people with great foresight forged a spectacular political campaign to have the referendum on the 8th amendment take place in 1983, through the short-lived Pro-Life Amendment Campaign.

From that time until 2018, others inspired by this group fought off the establishment who sought to undo the 8th, through the UN and European Court of Human Rights, and exploiting sad and tragic cases in order to force through their ideological agenda.

Until now the history of Ireland’s pro-life protections and the people, the movement, the events and campaigns that kept abortion at bay had not been written down, and Jonathon van Maren does a service to Ireland in documenting the 40 year history of this movement.

For those not old enough to remember the people who started this movement, the book provides insights into the pre-8th amendment years, and demonstrates its importance as the primary sources documenting those years were written by those that opposed the unsung heroes.

As I went through the book, quite quickly as it flows so well, I found myself wanting to know more about the founding fathers and mothers of the movement, demonstrating just why this chronicle is so important. It captures the story of these heroes whose memories would be forgotten and first hand accounts no longer possible.

Reading the book will bring back painful memories for many – the hurt, the sadness, the disappointment of what the removal of the 8th amendment means for Ireland for unborn children. It will also remind us of the anger at witnessing our Taoiseach and Minister for Health joining the crowds in Dublin Castle to sing and dance at what they had just done.

History, they say, is written by the winners. No doubt in the long run, as those who voted to kill off their descendants, have sown the seeds of their own defeat, the winners are those who fought to defend the life of the voiceless. The next generations should know who those people were and that not everyone danced on the graves of the unborn.