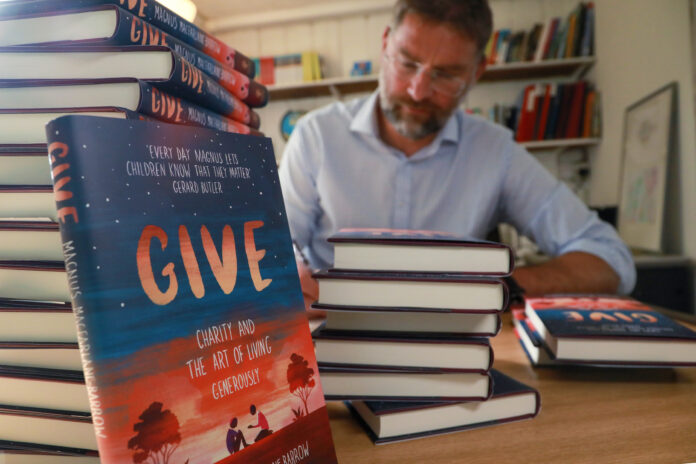 The idea of ‘charity’ as a fundamental good is under threat in the modern world. This may come as a surprise to the many millions who donate what they consider ‘charitable’ donations every week or who volunteer their time with the many thousands of charities across the world. But it is.

What would be even more surprising is that it is many of the world’s biggest charities that are railing against the idea of charity as a good in itself. They pit it against the idea of ‘justice’, whether it is ‘global justice’, ‘social justice’ or more recently ‘climate justice’. Some of the largest charities in the world who depend and spend money on raising charitable donations in an increasingly corporatist approach lead the discussion that charity could be perceived as a bad thing because they consider it to be in competition with State-led redistributive justice.

For this reason alone, the book by Magnus MacFarlane-Barrow, the founder and CEO of international charity ‘Mary’s Meals’ is a timely intervention to delve into the reasons why charity remains such a vital instrument in the world – for both the giver and receiver.

Very much grounded in his Catholic faith, MacFarlane-Barrow in his second book, explores both the practical, ethical and religious underpinnings to charity, the third and greatest of the theological virtues. The book, while sometimes meandering too much into the stories of the author’s travels around the world, reflects the thoughts of the Pope Emeritus Benedict who argued the very same point in his encyclical Deus Caritas Est, when he said: “Love – caritas – will always prove necessary, even in the most just society.  There is no ordering of the State so just that it can eliminate the need for a service of love.  Whoever wants to eliminate love is preparing to eliminate man as such.  There will always be suffering which cries out for consolation and help.  There will always be loneliness.  There will always be situations of material need where help in the form of concrete love of neighbour is indispensable.  The State which would provide everything, absorbing everything into itself, would ultimately become a mere bureaucracy incapable of guaranteeing the very thing which the suffering person – every person – needs: namely, loving personal concern.”

In fact, if there is one disappointment in the book, it is that the author did not engage with the thoughts of the Pope on this very specific issue. That said, it does not take away from what is a very timely, human and well developed accompaniment to the more academic writings of Pope Benedict XVI. That in itself, is a compliment of the highest order.