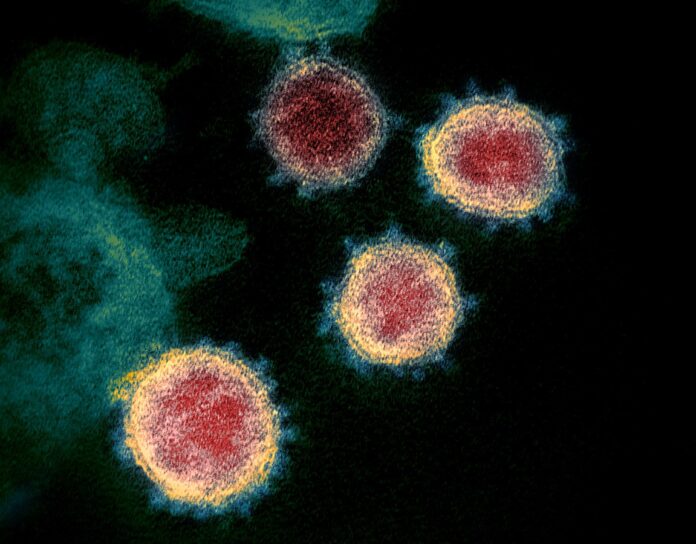 The coronavirus has brought many changes to he face of the Church we encounter. Pews are pushed together or tied off with ribbons or string. The Holy Water fonts are dry. Parishioners are wearing face coverings for the most part. The Priest wears a plastic visor. There are plastic hand sanitisers all over the Church. Some where we expect to the find the Holy Water. Some beside the altar. We all sit apart from each other and nod a Sign of Peace from afar. There are large yellow stickers on the floor of the Church and signs on your way in reminding to stay two meters apart. Holy Communion is received only in the hand, standing rather than kneeling, sometimes even while sitting.

Whether you agree or disagree with the usefulness or necessity of these changes, they are with us. They have been with us a few months, and they are probably going to be around for a few more months at least.

The science and politics aside, these aspects are gradually becoming embedded into the rubric of experience of the Mass. As well as washing his hands to ‘wash away my iniquity’, the Priest now sanitises his hands with an alcohol based anti-bacterial. Donning a face-mask while preparing of distribute Holy Communion, the priest interrupts the normal routine with this addition to his vestments.

As of yet, none of these actions seem very liturgical, none seem to be tending towards the sacred. Although possibly necessary, they visibly drag the Liturgy down rather then raising it up. All of these new innovations sit incongruously with the rubrics of the Liturgy. It is time to consider, if these are to remain with us, how the impact on the sacral can be minimised and how they can be adopted to elevate the Mass.

Irish Times and the Magdalene Laundries

Recently the Irish Times ran a very lengthy piece on the life of Mary Gaffney who lives in St Vincent’s convent in Cork, after spending nearly all her life in institutions run by the nuns – either the Sisters or Daughters of Charity. The piece paints a very bleak picture, but what is more disconcerting are the comments from readers on the Irish Times Facebook page. The level of vitriol, but also ignorance, of the readers towards the Nuns is hard to fathom. It is not unexpected. But none, nor the Irish Times writer, stop to consider what the alternative was in Ireland in 1945. No one else was stepping up. The nuns admit there were mistakes. But, just as the McAleese report into the Laundries tells, there is a much more nuanced story that is not allowed out. The sisters receive all this hate because they showed up. No one else did. There is no alternative history. There is no NGO that took on the work. No secular or humanist institution. The State itself was almost absent. Society didn’t care. All those that comment – their grandparents were society at the time. If you don’t show up, you don’t fail. You don’t get the blame. That is the story of the history of Ireland untold. Someone should write the story of those who didn’t bother to show up instead of the incessant demonisation of those who did – conveniently forgetting all the good that was done and focussing only on the mistakes. It is said history is written by the winners. It seems the winners are those who didn’t show up.

Cancel Culture should be cancelled