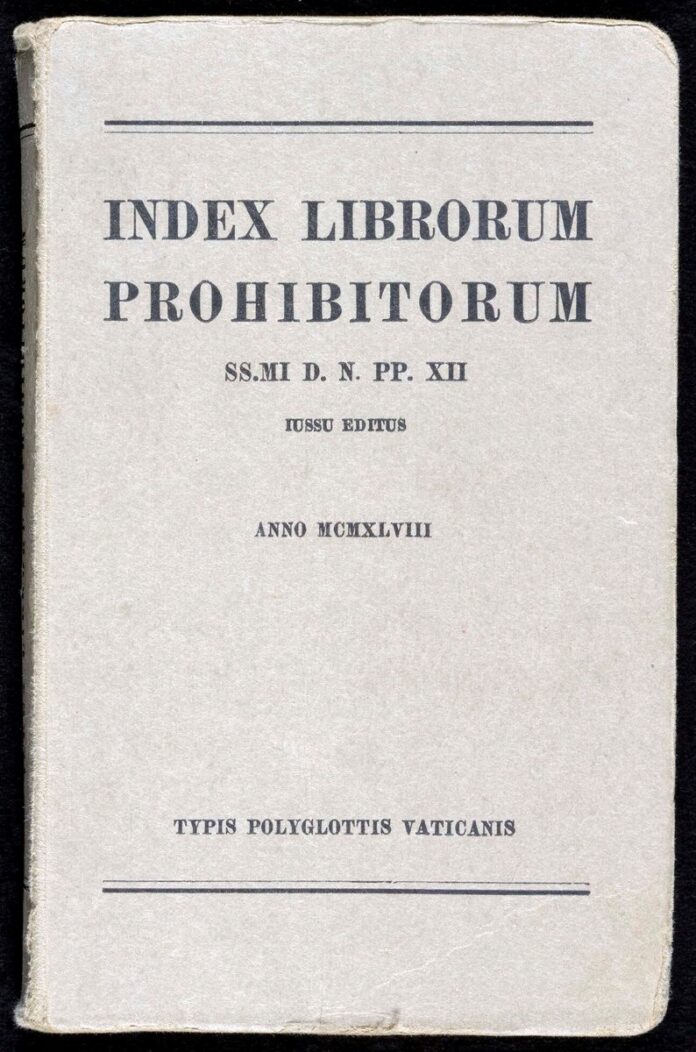 Andrew Doyle, writing in The Spectator (August 8th), asks whether possession of the Bible could be considered a hate crime under proposed legislation in Scotland. The same question can be asked here in Ireland if the basis of the consultation that was held on ‘hate speech’ here in Ireland is anything to go by.

Catholics should be very afraid of this type of law. It is tailor-made to publicly silence religious belief in the public square. Of course, it is not framed that way at all. The conversation is presented as dealing with such awful things as hate, prejudice, intolerance and all such negative things that are the subject of opinion in the saying and the receiving.

The problem is that the proposal is to base the law on the feelings of the purported victim of such hate speech. And purported victims can manufacture feelings very easily when it suits. But this is the way it is now. Insidiously hidden behind apparent niceness is a steely determination to vanquish views that are not acceptable under the guise of ‘compassionate’ laws.

Israel Folau referenced the Bible. He effectively lost his job and his sponsorship. Apparently, he brought rugby into disrepute. This is how it works now. Employees know that if they are considered to have brought controversy to their name, by association their employers are tainted. And with this, the employers can claim they brought disrepute to the company.

If an NGO CEO calls his ideological opponents ‘rodents’ or ‘cave life’ (as one did in the Irish Examiner on July 14th) does he cause controversy? No. If someone dares call him such a name, they know they would fairly quickly be called to task- reminded of the dehumanising language of Radio Milles Collines in Rwanda calling Tutsis cockroaches, or the Nazi ratten slur of Jews. Why? Because people such as NGO CEOs – left wing, former political grandee, influencer – forms the cartel that decide what is controversial and what is acceptable.

Kevin Myers, John Waters, George Hook all caused someone offence and were deemed persona non grata in the public square. Myers and Waters received compensation for the real libel that was thrown their way but in the public square it is their lives that are tainted for their unacceptable views. They are ostracised like lepers.

The Church teaches that those who commit these acts, commit sins, and could go to hell. Certainly, it would cause some offence for such statements to be whispered, let alone preached, in Ireland today. And with offence, comes controversy. While Catholics in Ireland cannot say they are persecuted for the faith in the way that Christians around the world are put to the sword, burned, shot, dismembered, the choice is becoming between a private faith or a bloodless martyrdom.

With a mortgage, children and bills to pay, what Catholic can afford to risk controversy in an Ireland that has changed around them? Who can afford to lose their careers, risk losing their houses, or – if the example of Scotland is anything to go by – losing their children for holding and proclaiming their faith?

Consider the insidious proposal from the HSE’s National Women and Infants Health Programme that will include ‘values clarification training’ so they are ‘appropriately supported’ to deliver abortion services. This is how it works. Euphemisms. Who can object to meaningless words such as ‘values clarification’, when abortion is not mentioned? Anyone objecting will be told they are imagining things. It isn’t an attempt to coerce or re-educate in cultural Marxist fashion. Then once the training is completed, attendees will be told they have, via the training, implicitly accepted the new programme.

This approach is the brainchild of the UN and abortion advocates. It is insidious. It is scheming, deceptive, dishonest but it is now standard fayre. Just as reproductive health doesn’t explicitly say abortion, once accepted as the standard language, abortion is assumed within it. Complain in advance and you are told ‘we don’t mean abortion, you can’t object to reproductive health of women’. Then once accepted the mantra is that reproductive rights implicitly – and soon explicitly – include abortion.

Just as hate speech law will be vague and imprecise, subjective and uncertain, opponents of such restriction will be told they are paranoid. Who can not be against hate? Hate is bad. Prejudice is bad (although Albert Einstein said “Common sense is the collection of prejudices acquired by age eighteen.”). Discrimination is bad. Causing offence is bad. If you don’t support this, you support causing offence. You support hate. You support racism.

Unless your head is buried in the sand, you know that the social justice warriors, the keyboard warriors, the brave souls who are waiting to find offence in every cake, will denounce you at every turn like the bullies they are. They will report you to your bosses. They will try to bring your employers into the news. They seek you, they will find you and they will try to destroy you. And they will be supported by the mainstream media in Ireland who are just waiting in the long grass to manufacture a controversy that suits.

They will label you a bigot, a racist, a phobe of some sort without every needing to justify why they call you these names but they will silence you with the labels. And your name will be forever associated with the labels as the internet can never be deleted. Facebook and Twitter will switch you off for defying their ill-defined ‘community standards’. You will be accused of ‘micro-aggressions’. You will be doxxed wherever possible, and this will be fine because civility and principles no longer matter when the quest to purge unwelcome ideas is priority and society needs cleansing.

Don’t be fooled. Hate speech legislation is not designed to stop hate. It cannot. It is designed to stop certain words and ideas being uttered not because they are hateful but because they are hated. And it is designed to foster hate, intolerance, discrimination – of those who no longer hold acceptable views. But it isn’t needed right now as the zeitgeist does this already. It is needed to secure the future. The same people who would laugh the Index Librorum Prohibitorum (List of Prohibited Books) are happy to repeat history for themselves.

They will take your Bible. But like all bullies, they will only do it if you let them.